The idea of automatic theme updates isn’t unheard of when it comes to free themes. Who would want to manually download the theme, upload it back all over again, just for a couple of updates? In some cases these updates might not even affect you.

Why am I talking about this? Well, off the top of your head, can you recall the number of times you had to manually update the Twenty Ten, or Eleven, Twelve, Thirteen and finally, the Twenty Fourteen theme? Neither do I.

But I can say with a fair amount of certainty that I had to manually update the Echolake theme from Themeforest at least 5 times. Those were some painful times. Echolake is a premium theme from CMS Masters which I had purchased in late 2012 and used in one of my client’s website (it’s still running strong).

The notion of automatic WordPress theme updates is a real puzzler. Let’s face it, more than half the themes from Themeforest are pirated on dozens of sites. Some have malicious code injected in them, while some don’t. I can’t pin point a theme and say with absolute certainty that it is safe to use.

You can always get your site checked by using plugins like Theme Authenticity Checker (TAC), Exploit Scanner and Sucuri Security.

Don’t go for pirated or ‘nulled’ themes if you are serious about your site. It’s dangerous for your site and it’s bad karma. You may not subscribe to this rule, but think about the amount of time and effort the developer had to spend working on that theme.

What’s more, the developers get to keep only 50-80% of the total selling price of the theme. The rest is taken by Envato. Surprised? So was I. Here’s the proof.

Putting yourself in the Developer’s Shoes

Imagine you built a piece of software. Or wrote an enticing piece of copy. Made notes of an entire book, if you’re a student. You devoted your time, energy and effort into whatever it is that you did. Now, what if someone took your work and used it for themselves, without crediting you? On top of that, how would you feel if that individual made a profit off it? I’d be really annoyed and disappointed.

This is exactly what WordPress theme pirates do. Or any freeloaders who use the pirated intellectual property of indie developers.

So what about pirating Game of Thrones?

Let’s be practical here. This is not about pirating multimillion dollar movies and series like The Avengers or Game of Thrones. Marvel and HBO are well off, and this piracy crap doesn’t affect them as much as they portray it to do. Don’t get me wrong – I’m not supporting piracy. For sake of comparison, the damage suffered by the WordPress theme developers is significantly higher than the total damage suffered by Marvel and HBO combined.

Apologies for drifting off topic, but I had to vent that out. So far we’ve looked at these three factors.

Keeping these in mind, do you think automatic theme updates are a good idea? I mean that would be like open house for these bandits. One of the ways the developers get a sale (albeit a small percentage) is when the WordPress core is updated and the pirated theme becomes outdated and/or breaks compatibility with the latest version of WordPress. At times like this, the freeloaders must often buy the theme in question if they are to keep running their site.

If automatic updates were enabled, then the freeloaders would never have to buy the theme legitimately to keep their site running.

The API Key – Run for your life, Freeloaders!

This is where an API key comes in. It is the one saviour for all premium WordPress themes. Individual WordPress theme companies like Elegant Themes and Woo Themes have already incorporated this in their WordPress themes control panel. Buyers get the comfort of automatic theme updates, without the company having to compromise on security.

Pirates know better than distributing API keys publicly. Not only are those keys disabled, they run the risk of exposing themselves. Remember, one of the pirates must have bought the original theme in the first place.

But what about the Themeforest authors? They cannot sell their themes in any other marketplaces. They can, but that would enable Envato to eat 70% of the theme’s selling price. That means the developer gets to keep only 30%!

I firmly believe that the Envato API is one of the best things to happen in the company’s history. It’s an excellent way to improve sales (and thus their revenue) and make WordPress theme maintenance for the buyers and developers – a lot easier.

It is implemented via a WordPress plugin called Envato WordPress Toolkit. It’s not available in the official WordPress repository and is hosted in Github. In a nutshell, this plugin connects your Envato account to your WordPress site, using the Envato API key.

All the purchases you make in your Envato account are available for download and automatic updates, in your WordPress dashboard via this plugin.

This gives the developers a breath of relief. With the Envato API, they can safely and quickly release updates for their themes to iron out bugs and maintain compatibility with the latest revision of WordPress. The buyers on the other hand can effortlessly update their purchased themes. Bye-bye, painstakingly boring manual theme updates!

This post has been somewhat of a personal take on WordPress theme piracy. Please note that the views expressed in this article does not in any way reflect the views of WPLift. We will soon have a short tutorial explaining how to setup and install the Envato WordPress Toolkit.

So what are your thoughts on automatic WordPress theme updates, given the current state of WordPress theme piracy? Are you a developer? Do you have any anti-piracy tips for us legitimate buyers here? Let us know in the comments section below. 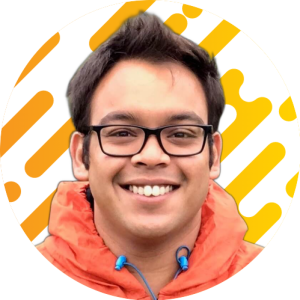 Sourav is a WordPress enthusiast, an avid gamer and a sitcom collector. His playlists include heavy metal, electronic, and new-age tracks. When he's not online, he's spending quality time with his friends and family.