Ghost: A Beautifully Simple Blogging Platform That Could Spell Trouble for WordPress

I hope you’re ready to see an awful lot of Ghosts, because they’re coming. In June to be exact.

Of course I’m talking about the initial rollout of the new blogging platform Ghost. Dreamt up by designer/developer John O’Nolan on his personal blog in the fall of 2012. The attention this concept received within the blogging community made it crystal clear to O’Nolan that he was onto something that a very large and passionate group of people wanted. And now he’s actually building it.

As of the first day of the Ghost kickstarter campaign the project has been fully-funded. In about 12 hours they raised over 25,000 pounds! And they’re still going strong at 112,000+ pounds with some interesting stretch goals that continue to display O’Nolan and Co.’s unique vision for what Ghost can become.

So now that we know for certain this concept is actually going to become a reality, let’s see what all the fuss is about.

I suppose the first question that needs answering is: What, exactly, is Ghost? And the answer is simple. It’s a free open source platform just for blogging. Nothing more, nothing less.

It has become obvious over the last few years that WordPress has grown up – leaving in it’s wake a “Ghost-sized hole” for people who care primarily about blogging. WordPress has evolved far beyond a mere blogging platform and become something bigger, more complex and to many would be bloggers – quite intimidating. This is a problem that WordPress has attempted to address with more user friendly welcome screens upon new installs, but nothing truly dramatic has been done to actually simplify the software. It’s just growing in a different direction than “simple blogging”.

Additionally, the drawbacks of the WordPress platform do not stop at its growing complexity. It’s also notoriously ugly. Now don’t get me wrong, if you know me then you know I’m a huge WordPress fanboy who makes the majority of his income each month from writing solely on and about the WordPress platform. So I have crazy amounts of love, respect and appreciation for this software. But with that said I’ve often wondered: who stole all the sexy? I mean, seriously! Why does the backend of this amazing tool have to look SO dull and boring?!

Answer: it doesn’t. And it just might end up costing WordPress a lot of users; both current and those who might have otherwise signed up in the future but who would rather use something more attractive given the choice.

I am honestly at a loss as to why the designers/developers working on WordPress have refused to spruce it up over the years but it’s becoming obvious now that they’ve missed a huge opportunity. I mean just look at this gorgeous dashboard concept art for Ghost! They’ve billed it as “A Dashboard That You Might [Actually] Want To Use” and if they deliver anything like the image below – they’re spot on.

But the dashboard isn’t all they’ve re-imagined. Now post management and post creation are equally as beautiful and – to use a term that is wildly overused – revolutionized.

Sorting through your posts on Ghost will allow you to see specific stats and a full preview of the post as seen on the frontend.

Similarly, creating new content has never looked as good or felt as natural as it will on Ghost. Their split-screen approach to writing allows you to see markup on the left-hand side and a fontend preview on the right-hand side. There are very few buttons to distract, the markup allows for much less HTML, and when you write “(image)” in a new paragraph an image uploader holds that space for you to drag and drop your media in later.

So far, I’m seeing a lot to like as a blogger. But those are only three screenshots, what else is going to be different about Ghost?

Ok, so all of that sounds great. And if it doesn’t sound great to you, it probably at least sounds interesting. So naturally you’ll want to keep tabs on future developments and updates.

I’m sure we will keep you apprised of anything major, but for those of you (like me) who are really excited about Ghost, here are a few links you’ll want to bookmark for total Ghost news immersion:

There’s actually quite a bit more information available on Ghost at those links than I was able to fit into this introductory post. Specifically the Kickstarter page where they’re actively trying to drive as much traffic as possible to reach their stretch goal. So be sure to check that out at the very least – watch their video – and read updates on new partners, plugin/theming options and more.

My favorite thing about Ghost is that it’s already a force of disruption in online publishing and it’s not even created yet. It’s the blogging platform I wanted before I used WordPress and while I was still lamenting the limitations of tumblr. It might actually be the only blogging platform truly created just for publishers. And to me that’s really exciting!

Will it replace WordPress for me completely? No, I seriously doubt it. As a platform for building feature rich websites, I don’t see WordPress going anywhere. But if the two can work together or if I decide to develop standalone blogs, then Ghost will probably be my first choice. Assuming they actually create a great product that does more than just look pretty. I’m also hopeful that the arrival of Ghost will light a fire under the design/development teams working on WordPress and push them to deliver a more beautiful product.

What are your thoughts on Ghost? 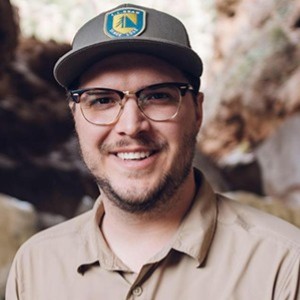 Hi! I'm Nathan B Weller: writer, book lover, and digital publisher. I use WordPress to launch blogs, products, businesses and portfolios for myself and my clients. If you'd like to see what I'm up to on a regular basis stop by my website at www.nathanbweller.com.

14 thoughts on “Ghost: A Beautifully Simple Blogging Platform That Could Spell Trouble for WordPress”