Drag and drop is now one of the biggest things in website development. The concept of easily changing your website’s layout with nothing more than a click and a drag has exploded in popularity ever since its initial introduction years ago.

And that’s hardly a surprise, given the human inclination for convenience.

But now, there’s a new kid on the block: Forge Page Builder. Released only on November 2015, it’s still very much a work in progress.

However, in the short time since its release, Forge has already racked up over 1,000 active installs on WordPress with a near-perfect 4.9 star rating.

Such performance certainly warrants deeper investigation. In this post, we’re going to be taking a close look at Forge’s drag and drop functionality to see what all the hype is about.

Let’s get the important question out of the way first: how much does one need to shell out to get this plugin?

You can also opt for the “Starter Bundle” which packages all of the above extensions in a purchase that starts at $59 for a single site. This price tag is $37 less than the combined spend if you purchased the extensions individually.

In this review, we’ll look at Forge both in its stripped, free-to-use form as well as along with its paid extensions.

After I installed and activated Forge, I headed over to its plugin page (the Forge > Forge tab in the side menu) to configure the options before I started playing around with the actual builder.

I was greeted with a thank you notice, plus three cards that would direct me to “Plugin Settings”, “Connections”, and “Get Support & Help”, respectively.

At this point, I was already digging the design. The designers evidently put a little thought into the setup of the plugin page. It’s quite appealing to the eye, and looks intuitive and easy to use.

Scrolling down revealed a “Presets” card. Evidently, some WordPress themes (I’m guessing mainly those created by Forge’s own developers) come pre-installed with preset Forge layouts. The theme on which I did the demo of the free Forge did not have any such layouts.

There was also a “Page Building Course” that promised to teach me to use page builder plugins like a professional designer in a 5-day course.

I first went to the settings page, where the available options are rather bare bones.

There’s an option to automatically display the settings panel while adding a new element, and a “Quick Delete” option that will stop the plugin asking me for confirmation when I delete an element in the builder.

In the “Connections” page, you get to setup Forge’s third-party integrations. At current, there are only three — Mailchimp, ActiveCampaign, and Sendy — but I like the developers’ initiative in making integrations a priority despite the plugin being only a little over six months old.

Lastly, over in the “Extensions” page, you have links to all of Forge extensions I mentioned above, as well as the Furnace theme (a free WP theme built specifically for Forge integration) and the Starter Bundle.

I’m really impressed by Forge’s inclusion of a custom theme built specifically for the plugin. Granted, the majority of you probably have a design you’re happy with on your website, and you’re only looking for Forge to integrate well with the current design.

But the fact that the developers has gone the extra mile to build this theme is a testament to their dedication to this plugin, which bodes well for the future.

You can demo the theme here. The design isn’t too bad — it has good structure, plenty of white space, and looks modern. It also comes with all of the below features.

However, all things considered, Furnace isn’t a theme that I personally would want on my site. It looks just a little bit too much like every other theme on the WordPress.org repository, so I’d pass.

So now that we’ve taken a good look at the options Forge has on offer, let’s get to the important part: the page builder. I must admit, after perusing the settings, I was more than a little excited to see whether the actual builder did justice to everything else in the plugin that the developers have done well.

Once you go the Add New page to kick things off, you’ll first have to save the page as a draft to access Forge. No biggie. Once that’s done, you hit “Open Forge Page Builder”, and your draft preview opens up in a new tab, where you can start using the drag and drop.

To start adding elements, just click the “Search Elements” bar in the top left of the screen, and a side menu of all the possible elements will pop out.

This is where I was a little disappointed. In the free version of this plugin, the elements you can add to the page are rather limited. As you can see, there are in fact only six elements:

That amount of functionality really doesn’t allow you to do too much.

However, if you opt for the premium Advanced Extensions package, suddenly there’s lot more elements. You get everything from notification messages to native WordPress widgets to WooCommerce products, and much more.

The elements are all quite easy to add. There were no freeze-ups, no obvious glitches, and generally just no problems while I was testing. The page builder’ s UI was exactly what I needed it to be: simple.

And that is where Forge truly excels — I think you’d be hard pressed to find users of this plugin who don’t love the super-simple nature of its UI. The interface really helps Forge to stand out in a sea of many less-intuitive competitors.

Here’s a gif of what it looks like when you add a row and open up some editing options.

Here’s another gif of what it looks like when you add a text element. Again, the UI is a cinch to use.

Once you’re all done with building the page, just hit the “Publish Changes” button up at the top right to get the page out there on your website.

We’ve already gone through the amount of functionality that the Advanced Elements extension adds to the plugin. Let’s go through the rest.

Layout Library — when you get this extension, you’ll have several available prebuilt layouts to use inthe page builder, as seen below. All of them look great and some are targeted at different niches (e.g. a homepage for a restaurant, a landing page for a fashion blog, etc.)

Templates — the Templates extension allows you to create templates from scratch and use them later in the page builder. Not only can you use these templates to build a page, you can also insert them into specific areas of your website (like in a sidebar) through the use of either a widget or a simple shortcode.

Conditional Logic — with the Conditional logic extension, you can change the display of specific elements to visitors. For example, you could choose to display a login form only to registered subscribers, or a thank-you textbox only to visitors who have purchased a product through your WooCommerce platform.

There are several different options, but the list isn’t really that exhaustive. I’m looking forward to whatever new conditions the developers have in the works.

So after having made merry with this plugin for a few hours, here’s what I came away with.

First off, Forge has a lot of pros — especially for a free (!) drag and drop plugin. The sleek interface and the intuitive UI go a long way to endear the plugin to its users.

But … the number of elements (there’s only six, remember) in the free version really is just too limited for you to be able to significantly customize your pages.

So, my personal opinion would be that if you’re going to use Forge long-term on your website, then you’d better get the Advanced Elements extension to go along with your free download. Otherwise, you might get frustrated at the lack of options pretty quick.

And while the layouts in the Layout Library extension are definitely well-built, I don’t know if everybody will find use for them since websites tend to vary a lot from one to the next. The Templates extension too is a cool feature, but the $19 price tag seems to be a little much.

The one extension that I particularly like, however, is the conditional logic. Creating special content viewable only to subsets of your visitors is a fantastic way to engage with them beyond just the customary website visit.

All things considered, Forge is a good drag and drop page builder with a lot of promise. But it’s really only worth using on your website if you spend at least $24 for one of the extensions.

However, if you do spend the money, I guarantee you 100% that you will love the simplicity of the UI and won’t be able to stop using it.

Are you a Forge customer/user? Do you have any comments to add about the plugin? Got questions? If so, feel free to share below! 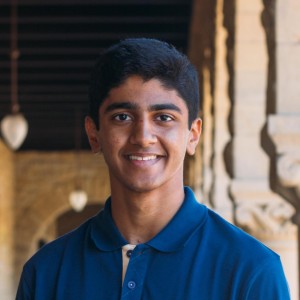 Jonathan John is a WordPress enthusiast and freelance writer for hire. He specializes in writing about WordPress and content marketing.

Up and Running Review: A Great Course to Learn WordPress Development