Struggling to pick the perfect page builder for your WordPress site? I already compared two giants in the form of Divi vs Elementor. Now, I’m back again to throw Divi Builder (check out our Divi Review) into the fray once more. Only this time, I’ll be comparing Divi Builder vs MotoPress Content Editor.

Spoiler alert – my overall recommendation is Divi Builder. But there are some specific areas, namely lightweight post design, where MotoPress might be a better option.

What Exactly Am I Comparing?

Before I get into the comparison, I think that it’s important to actually spell out exactly what I’m looking at.

First up – Divi. The Divi Builder comes both as part of the Divi theme, as well as a standalone plugin. While the two should eventually have the same feature list, at the time that I’m writing this comparison, they’re a bit different. For that reason, I’m going to look at the Divi Builder version that’s included with the theme because it has the visual builder. You can use Divi builder addons to extend your features even more.

Eventually, the plugin version of Divi Builder should have the visual builder as well.

For MotoPress, I’m looking at the paid version. But there is also a free version listed at WordPress.org.

With regards to usability, I think Divi is the winner (though Elementor is still my overall favorite because of how accessible it makes elements).

While Divi Builder does win overall, MotoPress has some advantages – specifically with how easy it is to create multi-column layouts.

Unlike MotoPress, Divi Builder lets you choose between both backend and frontend visual editing. That is, you can either choose to edit with abstract blocks like this:

Or you can also hop into the visual WYSIWYG editor to edit in the same view that your actual visitors will see:

To insert an element with Divi, you get a handy search box that makes it easy to find exactly what you’re looking for:

As you’ll see in a second, this will save you time vs MotoPress (at least in my opinion).

One thing that can be a little annoying though is that you need to set up columns and rows in advance before you can start dragging in modules. This adds a little bit of unnecessary time to creating designs.

When you first land in the MotoPress interface, it already looks a little dated in comparison to Divi. But I’ll try not to hold that against MotoPress.

Unlike Divi Builder, MotoPress is exclusively a frontend visual page builder. I don’t think the lack of backend editing is a huge deal because most people prefer frontend editing anyways.

Again unlike Divi, you don’t need to create any rows before adding modules. You can just drag one over from the sidebar and get started right away:

To be honest, I don’t really like the element interface. They’re divided up in a way that makes it hard to find a specific element sometimes. I much prefer Divi’s easy search box.

If you’ve ever used a page builder, you’ll feel right at home. For example, to add some text, you can drag over the Paragraph element and start typing with in-line editing:

But one area where MotoPress shines is how easy it makes creating multi-column designs. Unlike the Divi Builder, where you need to set up multiple columns before adding elements, MotoPress lets you just drag an element beside another to quickly create a multi-column design:

Then you can just drag the divider bar to adjust the relative column widths:

This is a much more user friendly approach in my opinion.

As far as available elements go, I’d say both page builders are fairly comparable. I tried to find any real significant differences and couldn’t come up with anything to tilt things too far in one direction.

Divi Builder has a solid set of elements that rivals any other page builder out there. You can see the full list below:

One of my favorites is the Filterable Portfolio option. And I also love the Testimonial and Email Optin modules for easy landing page creation.

Here’s a sampling of the elements you get with the MotoPress Content Editor:

This is by no means an exhaustive list. But it does cover all of the biggies. One unique element that I haven’t seen in many other page builders is the Modal element. It allows you to create a button that opens a modal window that contains content you’re able to specify.

You can also add pre-built download buttons, which is another helpful element.

And finally, my favorite element is the Read More button. Yes, the same Read More button from the normal TinyMCE Editor. So many page builders forget this simple element, which makes it a pain to use the page builder on regular posts. Kudos to MotoPress for including it.

Due to its popularity with web developers, it only makes sense that Divi Builder is much more flexible when it comes to adding advanced styling and effects to individual elements.

Divi gives you individual element, row, and section styling options that are up there with the best of them.

When you go into an element or row’s settings, you have three tabs:

Across these tabs, you can set responsive settings, fonts/sizes, lots of basic options, add custom CSS, and tons more. It’s hard to give a static list because the options change for each element…

But suffice it to say – Divi Builder gives you a ton of control over each element:

MotoPress does let you add styling to each individual element…but it’s nowhere near on the same level as Divi Builder.

For each device type, you can set basic styling like:

And you can also choose from some pre-defined styles, which may save you some time.

But that’s pretty much it:

Additionally, I don’t think the styling interface is as intuitive as Divi’s interface.

Both page builders technically include pre-built templates…but there’s not really any real comparison. Divi Builder is the clear winner here. MotoPress ships with 6 pre-defined generic layouts, while Divi Builder has a huge list of both generic and topic-specific templates.

Divi includes a whole heap of completely pre-built templates. That means you get a completed page – all you need to do is pop in and edit the content:

And you can also save your own designs to your library to easily reuse them across multiple pages.

Another nice thing about Divi Builder is that you can also take advantage of a vibrant third-party developer community to get access to even more templates, though you’ll need to pay for many of these layouts.

I’m not even sure you can call MotoPress’ layouts “templates”. Because they aren’t necessarily full pages. Instead, they’re more like full “content blocks” that you can use as a solid base for the rest of your page:

Don’t get me wrong, they’re helpful…but nowhere near the level of template offered by the Divi Builder.

Additionally, MotoPress doesn’t seem to offer any way to save your own designs as templates, which is another bummer.

The MotoPress dev team did tell me they’re working on this, though. So maybe it will improve in the near future.

Pricing: MotoPress Is Much Cheaper for Single Site

So far, Divi Builder has been ahead or equal in pretty much every category. But MotoPress definitely wins when it comes time to crack open your wallet book. At least if all you’re looking for is a page builder for a single site…

Divi Builder is part of the Elegant Themes membership, which means you’ll need to pay either $89 per year or $249 for lifetime access.

That might seem steep at first, but it actually gets you access to the entire Elegant Themes package of themes and plugins. That means that in addition to the Divi Builder plugin, you’re also getting:

And you can also use everything on unlimited websites.

Again, if all you want is the Divi Builder for a single site, that might not help you. But if you’re interested in those other goodies, you get a ton of value in one package.

On the other hand, if you want an unlimited license like you get with the Elegant Themes membership, you’re either looking at $139 or $179 respectively, which isn’t quite as cheap anymore.

All in all, MotoPress Content Editor is cheaper for single site usage, but not if you need unlimited usage.

Both page builders use shortcodes, but they use them in different ways. With Divi, if you disable the plugin, you’ll still have a mess of shortcodes to deal with. That means there’s a certain degree of “lock-in”. On the other hand, MotoPress gracefully removes itself and leaves behind clean HTML, which is a big plus. You can also access this clean HTML at any time from the normal WordPress Editor interface, even when the plugin is enabled.

On the other hand, I didn’t even get to some of the Divi Builder’s advanced features like A/B testing, user roles, and more, which push things back in the direction of Divi.

All in all, I think Divi Builder is the clear winner as far as depth of functionality goes. The only time I would recommend MotoPress Content Editor over Divi Builder is if you just want something lightweight and affordable for basic post styling. I actually preferred MotoPress Content Editor for simple post designs because it felt like it took less time to add basic styling (partially because of how easy it is to create multi-column designs).

For detailed page designs, I’d recommend sticking to something like Divi or Elementor, though. It’s not that MotoPress is “bad”…I just think the page builder market is competitive and there are better options out there as far as detailed designs go. 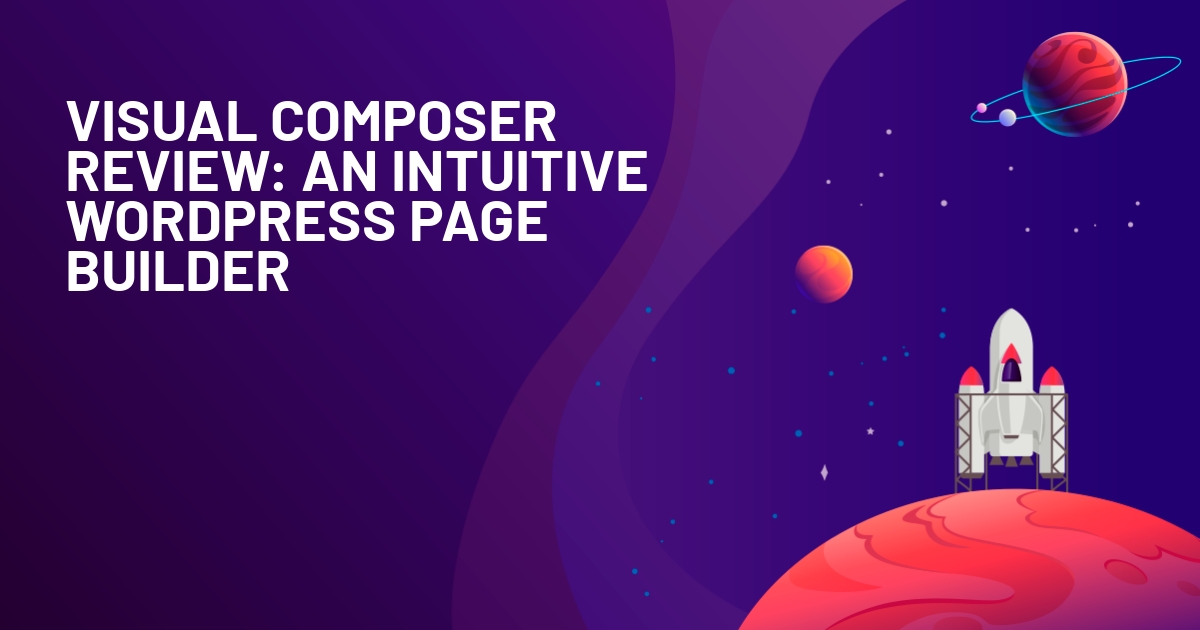