I have a client I’ve recently finished up a website for. It’s a Yoga site and the owner is well respected within her community (actually, she’s well respected outside of her community, I’d imagine. She tips nicely and smells of elderberries and baby powder) and has written quite a bit on the topic of Yoga, naturally.

The other day she posed a question to me: “Alex, can I use WordPress to create a PDF of several posts I’ve done? I’d like to create an eBook from my content and try to save some time in the process.” I raised an eyebrow, nodded and said, “Ummm, let me get back to you on that one, mmkay?” To say the least, the request made perfect sense, however, I was a bit confused as to what I could do to help my beloved client… I didn’t know of any plugins that did this simple task.

I took to Google and pushed ahead with some good ol’ “Googling” to see if I could quickly find what I wanted. Kalin’s PDF creation station looked promising! It was very customizable, with many, many options. However it wasn’t quite what we needed. My client was looking for something that appeared to be more like a book. The creation station plugin appeared to be the best of the lot and there were no shortages of tools that could create PDFs from WordPress content.

It wasn’t until I posted my quest to a WordPress group I’m a member of on Facebook that I received a glimmer of hope. One of the members was a developer on a project titled “Anthologize.” She said that the plugin would do my client was looking for, with the added disclaimer “the plugin is still in alpha.” Okay, I wouldn’t mind testing it out in my own environment.

For clients, the thing I think they’ll appreciate is the drag and drop interface used for managing content. Anthologize allows one to create “parts” that can act as chapters within the ebook, which obviously helps organize the content just right. It also includes the ability to add copyright and author information, as well as a dedicated to section and a table of contents area. It’s really simple stuff, but it’s exactly what my client needed and she was nothing short of thrilled with the plugin.

Anthologize, as of this writing, is still in Alpha. That means that it still has kinks to work out. One of the things we found is that if you use captions on images the caption overlays on the images… Not so good. Really, though, that was the most pressing issue we encountered and we didn’t run into any glitchy type errors. I was impressed overall by the plugin, even in its current form.

If you create lots of ebooks, Anthologize might just be a great plugin to checkout.

What do you think? Do you have other methods of creating ebooks/PDFs from your WordPress content? Share it! 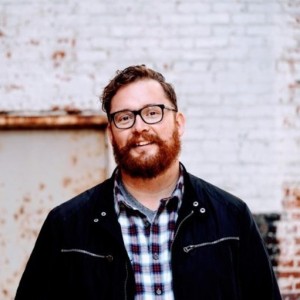 2 thoughts on “Creating eBooks from WordPress Posts and Pages”