Unlike regular page builders, CloudPress is a full-scale theme builder that lets you create your own WordPress theme using a simple drag and drop builder.

Why is this distinction important? Because CloudPress will let you edit every single aspect of your site. There no restrictions on headers, page widths, or footers. And all of this is accomplished using a drag and drop editor.

It’s a handy tool for designers or anyone else looking for more control over how their WordPress site looks.

And here’s the really cool thing:

CloudPress is running a Black Friday sale where you can get lifetime access to their Professional Plan for just $79. This lets you create up to ten websites, usually $179 per year, for a one-time payment of $79. That’s some pretty dang significant savings.

Grab this deal before it’s too late

So, keep reading for some more details on CloudPress. And if you like what you see (like I did), don’t miss out on their awesome Black Friday deal.

CloudPress has a three step process for going from nothing to a custom WordPress theme installed on your own server.

Creating your own project is simple. You just give your site a name and pick from either a blank page or one of the ten included themes. In CloudPress’ Product Hunt page, I read that they’re considering opening up a marketplace of themes created by third-party users, but that hasn’t happened yet. I hope that feature does get developed, though, because it would open up a ton of flexibility:

Once you’ve picked your starter theme (or gone with a blank page), you’ll be in a WordPress admin looking interface. Here’s where you can set up some basic details for your site.

One cool thing is that you can also create a link to preview your site. So if you’re working with clients or collaborating with another person, you can easily get feedback on your designs:

Once you’re ready to get editing, you can enter the drag and drop builder to actually start creating your theme.

Creating Your Theme With the Drag and Drop Builder

There are two types of objects you can use to build your theme:

You can also combine the two by adding individual elements to an existing block for even more customization.

For example, you could drag over this pretty header block:

And then add a second CTA button using the elements tab:

Obviously, you would want to style the second button to match. You have lots of control over styling. So much so, that this feature would probably be difficult for an absolute beginner to do well. This isn’t a knock – because CloudPress markets to designers. Just a note for any total beginners considering CloudPress.

For example, here’s all the customization you can do for just a single button:

You can also completely eschew the blocks and build your site from scratch using elements. If you’re wondering how this is different from a page builder, it’s because you’re not constrained by theme widths or headers like you are with a regular WordPress theme. You can control everything with the elements you use.

You can also use the toggles at the top to easily see how your design will look on different devices or screen resolutions:

And all of the designs created by CloudPress are responsive. You can even disable certain elements for certain devices.

You’re not limited to a single template for your website, either. You can use the same drag and drop builder to create templates for as many pages as you need:

Overall, the editor gives you a ton of control over how your site looks. The only thing that was slightly frustrating is that there’s a noticeable delay when saving changes. This may well be unavoidable because of the scope of the builder tool’s functionality. It’s not a huge deal either – just a minor annoyance.

Publish Your Site to WordPress

Once you’re happy with how your design looks, you need to publish it to WordPress by using the included sync plugin. Thankfully, you only need to do this once. After the plugin is installed, it lets you easily keep your production site in sync with the changes you make in the Cloud Press builder (and vice versa).

All you need to do is download the plugin from CloudPress and then install and activate the plugin on your preferred WordPress site.

Then, you can easily sync changes by clicking the appropriate button:

What I Liked About CloudPress

I really liked the blocks that are included in the theme builder. Having both these blocks you can drag in as well as the starter themes removes a lot of the overwhelming feeling associated with starting from scratch for every design.

I also liked how much control you have over each element. You can really dig in and customize everything about each element, down to margins and effects. Total beginners might be overwhelmed, but advanced users will love being able to change anything they need.

The automatic sync feature also makes it easy to adjust your site as you go. Once you make the change through the CloudPress interface, it’s easy to push it to your live site.

What You Should Consider Before Buying

As intuitive as CloudPress is, I think it’s still too much for total beginners. Not because beginners couldn’t figure out the interface (after a learning curve). But rather because designing a theme is a conceptually difficult thing. While CloudPress puts the mechanics within reach of beginners, beginners still might not know enough design/UX principles to create an effective theme.

That’s why I think CloudPress is better left as a tool to make designers and advanced web users’ lives easier. Absolute beginners should probably still go with a theme made by a professional designer, rather than trying to fly too close to the sun with CloudPress.

CloudPress is free to sign up for and play around with. So you risk nothing by signing up and trying out the builder. You can even send people to your live site hosted on CloudPress’ server.

However, if you want to actually export one of the theme’s you create to your own hosted site, you’ll need to pony up for one of CloudPress’ paid plans.

BUT, CloudPress is running a massive Black Friday sale where you can get a lifetime Professional plan for $79 one-time. That means you totally avoid the normal recurring charge and get lifetime use for up to 10 projects for a fraction of the cost.

With such a deal, I think it’s pretty easy to pull the trigger on CloudPress. 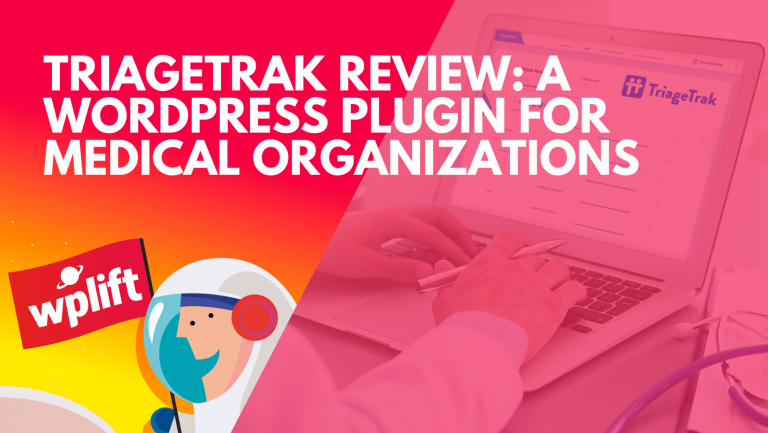