WPLift / WordPress News / 2018 / Blockchain Technology: How Will it Impact WordPress?

Blockchain Technology: How Will it Impact WordPress?

Cryptocurrency has been around for quite a while by now. But in the past few months, the fluctuations in the price of cryptocurrencies such as Bitcoin have caught the world’s attention. With the ever increasing rise and drop in prices, cryptocurrency has proven to be quite a good investment for many folks. The rising popularity of cryptocurrency will not be made possible without the underlying technology behind Bitcoin (and other such currencies). Blockchain, as it is popularly called, is being dubbed as the future of technology. As such, can the world of WordPress remain untouched by blockchain technology? Obviously not.

Blockchain Technology: How Will it Impact WordPress?

What is Blockchain Technology?

Contrary to popular perception, there is more to blockchain than just cryptocurrencies. While it is true that blockchain technology is what powers cryptocurrency networks and transactions, it is capable of doing much more than just that.

In simple words, blockchain is a digital system that works without a central server or administrator. For a traditional environment, the users are governed by a central authority, be it a government or a company owning the administrative rights over the data. But in a blockchain concept, there no border or restrictions, implying that transactions and data can flow from one point to another freely.

Obviously, there are some very clear advantages of blockchain technology.

Now that we have familiarized ourselves with what blockchain technology is, how can it impact the WordPress ecosphere?

WordPress is the most popular Content Management System in use today. It is only logical that it is affected in some way or the other by every new concept. Blockchain technology is no exception to this rule.

There are already many WordPress plugins out there that now allow website owners to accept payments via Bitcoin and cryptocurrency. However, that is more of a payment gateway solution — yet, it is made possible only because of blockchain. BitMate Author Donations is another such free WordPress plugin that lets users donate to websites through bitcoins — planning to be the next Edward Snowden? This plugin might just help you get rewarded for your efforts!

But these WP plugins are just one side of the story. As time goes by, there are various other things that blockchain technology can do for WordPress.

WordPress evolved from being a blogging platform to a proper CMS. However, even today, it is often used as a solution for enabling publishers to post great content on the web. The best part about WordPress is that you can host and own your content. Since the software is free and open-source, you do not have to worry about your content being deleted by WP.org

Blockchain technology can further help in the creation of a more democratic publishing environment. As opposed to hosted solutions that rely on their own infrastructure to enable users to publish content, WordPress can be coupled with blockchain to allow users to post content the way they want to and reach a wider audience easily.

A great example of a plugin that works in this area is WordProof. It’s a plugin that places your content on the blockchain so that a visitor can easily verify that the content is original.

More often than not, many users have to deal with a lot of intermediaries when accepting and processing payments from visitors on their sites. This applies to people who are selling digital goods such as software or extensions — there are no items to be shipped, but since payments cannot be processed sans a given set of payment gateways for all countries, the sellers often end up giving away a part of their income to multiple gateway solutions.

Blockchain technology can cut down the role of many middlemen in the payment process. Further, it can also help digital publishers gain customers from different countries — not all countries may support certain payment solutions, such as PayPal. A solution based on a universal blockchain can be a more useful method for accepting payments (it does not matter if the said payments are made in cryptocurrency or traditional money).

Blockchain technology can be used to improve the overall security for WordPress websites. A blockchain can be implemented to harden and encrypt data — login information and other sensitive content can be stored in encrypted format. Users can choose to selectively share their data, and most importantly, this can add an extra layer of protection to the login process.

Verification of identity, when done via blockchain, implies that there are less chances of brute force attacks being successful and even lesser chances of one faulty script at the server to compromise everything (since not everything is stored in the same server under the same admin). WordPress users can, therefore, use this technology in the future to improve the security of their websites.

Blockchain technology can be used to come up with solutions such as Storj. These are basically cloud storage encrypted solutions relying on a blockchain to get the job done. These decentralized storage solutions keep data in encrypted format, thereby adding to the overall security of your content. Storj is called “decentralized” because as compared to S3, the basic idea here is for networks to rent storage space on their drives that might be unused. This proves to be cheaper and cost-effective than most other cloud providers. Plus, it is fully decentralized with no single body claiming control over all of your data.

Blockchain technology can help users and visitors provide better feedback to webmasters and site owners. On a very larger scale, it can even be used to empower electoral processes online — Follow My Vote has been pitching for a similar idea.

However, for WordPress users, we have concepts such as online polls and quizzes, or surveys. These too can be implemented via a blockchain to offer better responses and greater involvement. This can come in handy if anonymity of the participating voters’ vote is necessary.

Blockchain technology is only just getting started. What impact and influence do you think it will have on WordPress? Share your views in the comments below! 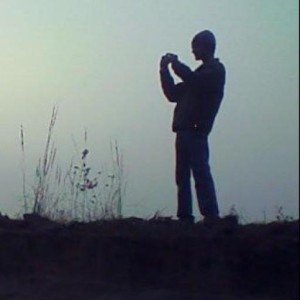 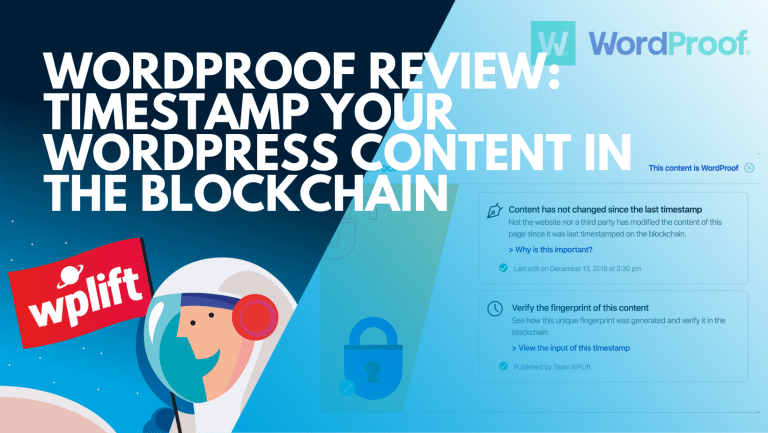 WordProof Review: Timestamp Your WordPress Content in the Blockchain

Blockonomics Review: A WooCommerce Payment Gateway With No Third-Party

1 thought on “Blockchain Technology: How Will it Impact WordPress?”